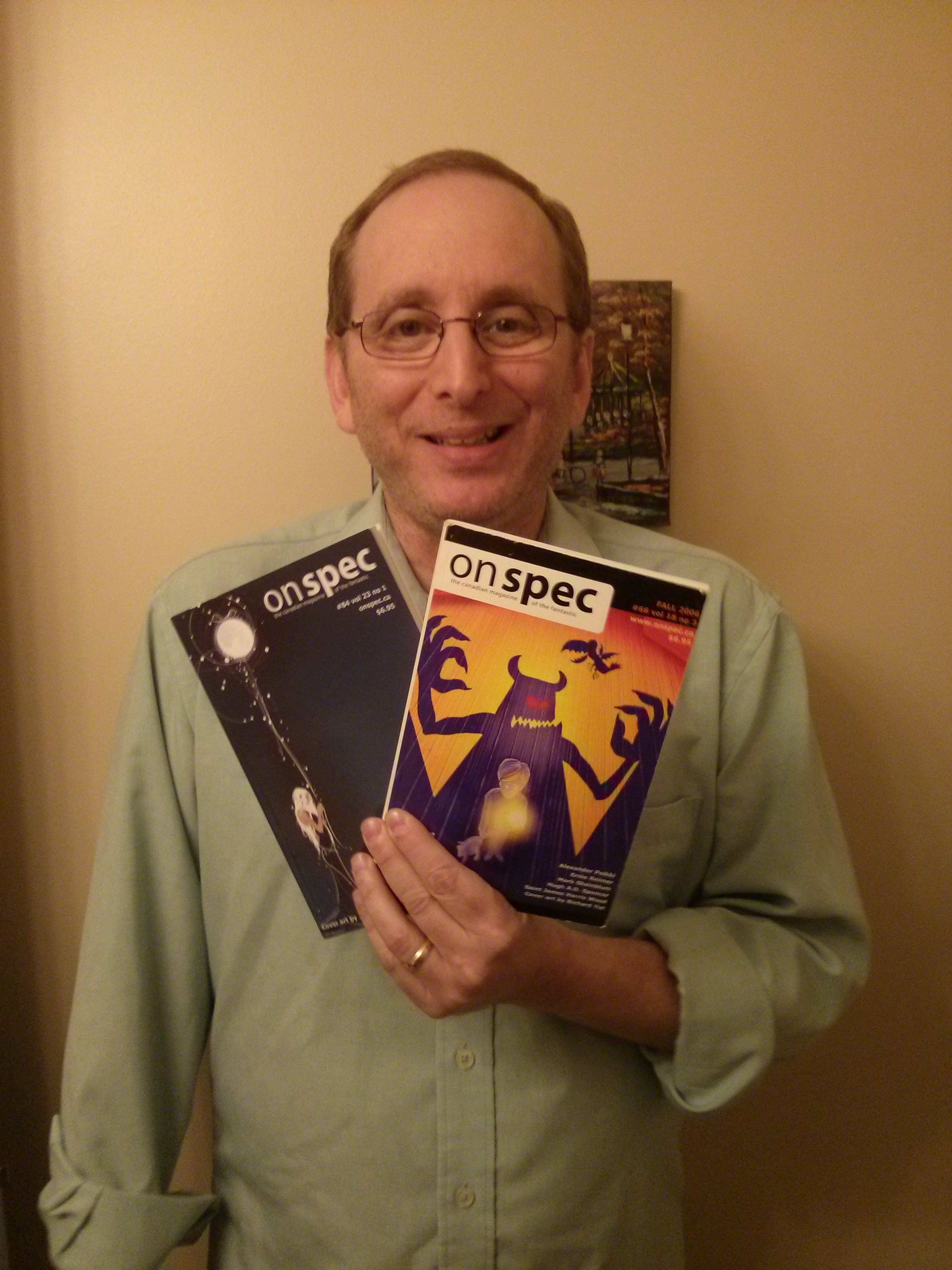 Mark Shainblum is an Ottawa science fiction, fantasy and comic book writer who has contributed both fiction and a highly opinionated guest editorial to On Spec. Mark and Claude Lalumiere are currently co-editing Superhero Universe: Tesseracts Nineteen, an anthology of prose superhero stories, to be published in 2016 by EDGE Science Fiction & Fantasy Publishing. Mark is also currently working on a number of short comic serials for The Charlton Arrow and Epic Canadiana, a possible revival of his 1980’s superhero series Northguard, and a couple of kids books about Sir John A. Macdonald and Sir Wilfred Laurier, to be published by 5 Rivers. Mark’s website: http://www.shainblum.com