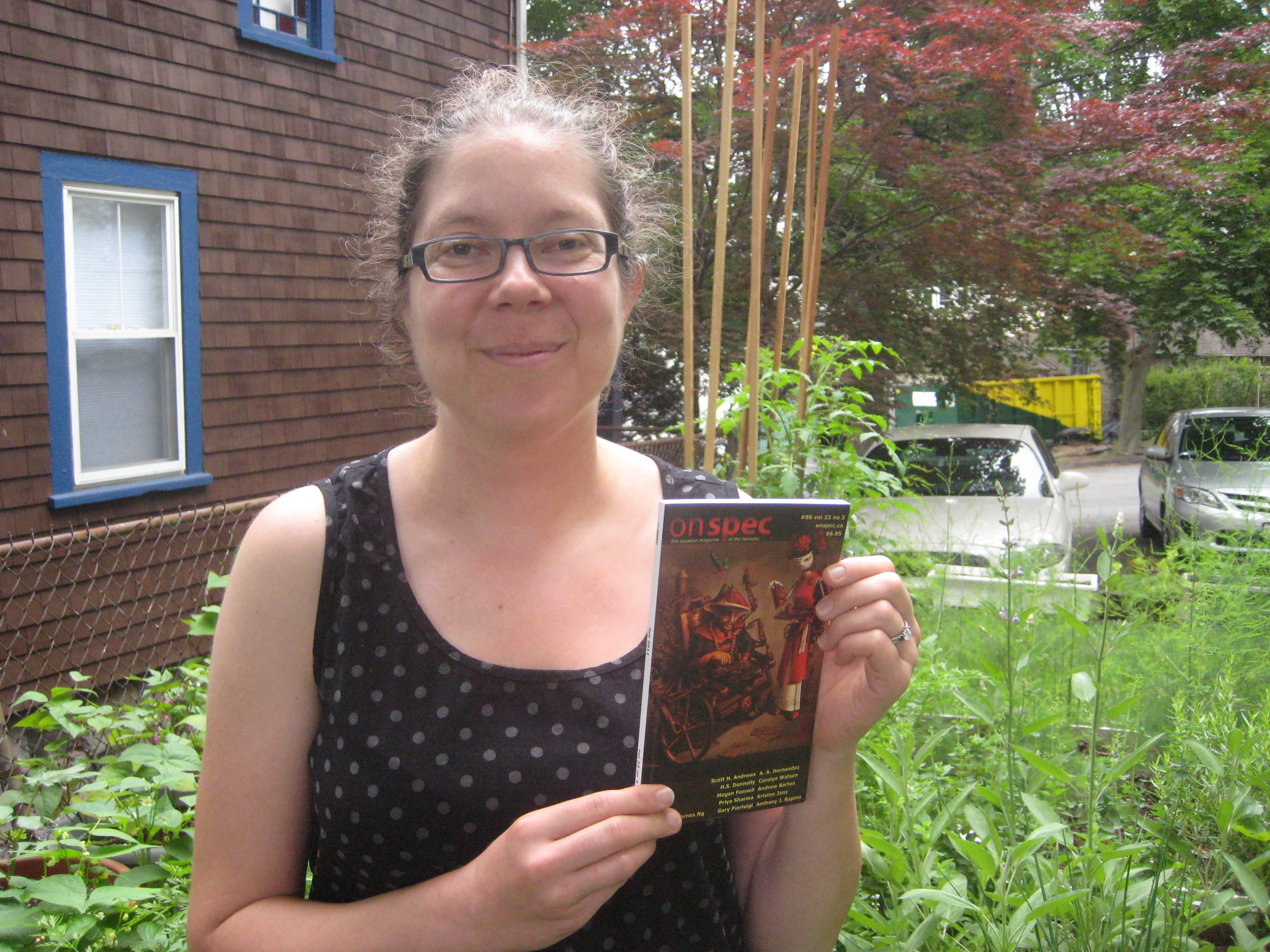 In the 4 years since my On Spec appearance, I’ve had stories published in half a dozen other publications, including _Crowded Magazine_ and _Kaleidotrope_, and have been working on a couple of fantasy novels. Along with my husband, Donald S. Crankshaw, I’m editing an anthology of speculative short stories that engage meaningfully with Christianity (www.mysterionanthology.com), which we plan to independently publish in 2016. I also spend far too much time gardening instead of writing; hence the photo. You can see more garden photos (and occasional writing news) at http://www.kristinjanz.com.