Can-Con 2017 in Ottawa was a great event for On Spec. At least twenty of the authors attending the convention have been published in On Spec over the years. We had a panel to talk about the early years of On Spec, and what it has meant to Canadian writers to have us publish their first work of SF. At the end of the panel, Diane asked members of the audience to stand if they have been published in On Spec, and then several stayed for a group photo. 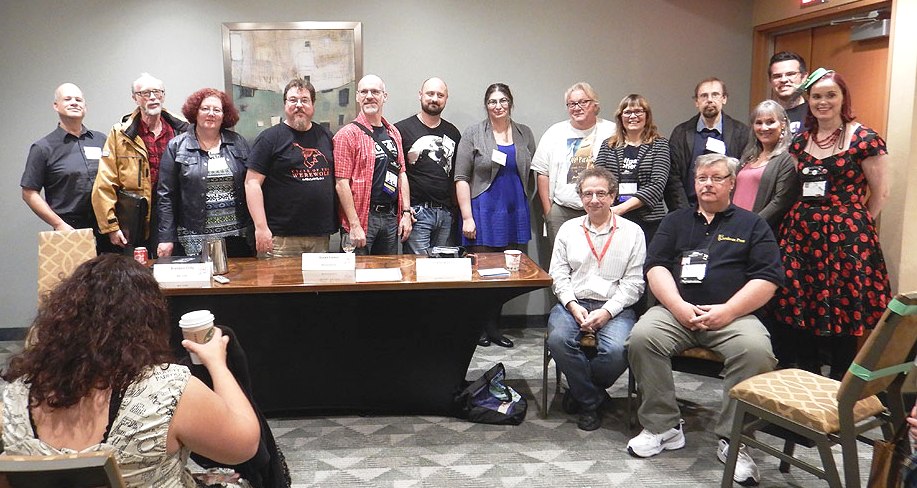